The goal of the Argumentative Essay is to examine a number of primary sources and make a well-reasoned argument based on those sources. The subject for Spring 2018 is Westward Expansion/Manifest Destiny and how it affected US citizens, Native Americans, Hispanic communities, Chinese laborers, and slavery.

To do well on the essay reference the textbook. Once you have an overview of the general ideas and concerns regarding Westward Expansion and
Manifest Destiny, examine the corresponding primary sources I have placed in the Essay sub-module of D2L. Use those sources to argue your perspective of US policy and the impacts of migration. Chapters and Sections to reference in the textbook: 8.1, 8.2, 9.1, 9.2, some of 9.3, 10.2, all of Chapter 13, &amp; 14.1. You may certainly use information from other sections of the textbook, but these should be most beneficial.
Here are some questions you should argue when writing your essay:
1. What were some of the reasons US citizens were moving west? How did many make their livings out West? Why? Give examples.
2. Explain some of the issues caused by Westward Expansion and how they arose? Give examples from the sources.
3. How did the US government and American settlers represent their westward movement and settlement in the sources? What images and ideas                 were depicted and how?
4. How were Native Americans, Hispanics, Chinese, and Africans portrayed in the sources? How do you think this portrayal is affected by the creator          of the source (why would the author, illustrator, politician, etc. portray them so)?
5. Was American expansion overall a positive or a negative for all involved? Why? Argue your opinion here but use the sources for evidence.
6. In your opinion, what does it mean to be &quot;American?&quot; Do the ideas of who is &quot;American&quot; and the values attached to that               change over time? 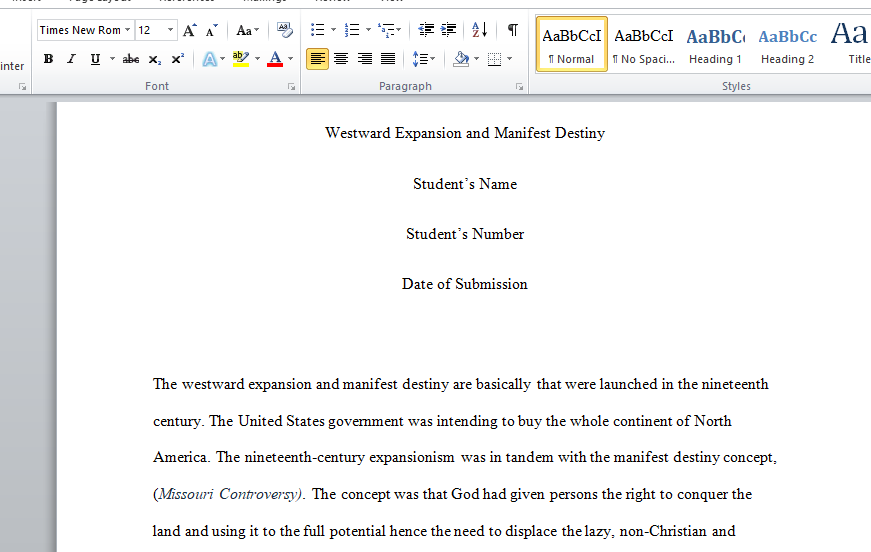