Respond to each of the following  posts.

Respond to each of the following  posts.

11
Rachel Brown
“Unfortunately, there are many types of child bearing losses. Some of the most common child losses are miscarriage, stillbirth, and neonatal death. Miscarriage is the loss of the products of conception before the fetus is viable usually due to chromosomal abnormalities in the fetus. Stillbirth is also known as sudden intrauterine death which is the delivery of a dead baby between the twentieth week of pregnancy up till the time of birth. Neonatal death is the death of a child during the first 28 days after being born. ”
Molly Lawson
There are 3 types of child bearing losses. The first type is induced abortion. This is when one actively chooses to terminate the pregnancy. Abortion can be chosen for a variety of reasons. The second type is miscarriage. This happens within the 20th week of gestation when one’s body rejects and expels the fetus. Some believe that the body rejects the fetus because it has an abnormality. The third type is a still birth. This happens when the baby is carried to full gestation, but is born dead. Still births typically occur because of medical complications.

12
Drew Awerbuch
Suicide is a very difficult topic to talk about. As mentioned, it is the third cause of death for you people between 15-24. Many people know someone, or know someone that has been affected by suicide. It has a major effect on everyone that knows the person that committed it. As a social consequence, people need to better understand depression and understand how they treat people. It is very important to be able to realize when someone is acting off, or may be dealing with a personal issue, and understand how to intervene.
Fady Khorany
A friend of mine once commented on suicide saying &quot;its a way of passing on the pain one cannot handle&quot;, and I think this is one stong resulting damage of suicide of younger people. The surrounding family, friends, or people involved and left to grieve are affected the most. The text reads &quot;each suicide affects at least six people&quot;. Other consequences can be grave depending on the method of suicide. One mentioned
was referred to as suicide by cop, and an example of how this might affect society is if a person were to decide that the way they wanted to die was to force a cop to kill them, and in order to do so they would need to kill people themselves. These are just some consequences of suicides.

13
Eddie Brown
Many people see risk taking differently. Some people try to minimize the amount of risks that they take so that they feel more in control of their life. Others engage in risk taking for the same purpose. Risk taking is in many of the recreational sports that we engage in.  Sky diving, scuba diving, bull riding and rock climbing are some of the “extreme sports” that people engage in that can become very dangerous. To some people these
sports are too dangerous and they would never participate in them. Some people see one activity as too dangerous but they themselves participate in an activity that is equally as dangerous.
Alexander Dolezal
A reaction to a risk and the reason a person takes a risk are different for a variety of reasons. A risk is a result of a choice and the reasoning behind those choices is often integral in their relationship with risk. In the case of accidents, one could react to an accident by being more prepared and attempting to mitigate and cause of the accident. Another reaction would to assume happenstance and move on without a change in behavior. the latter could hasten death as an act of carelessness or ignorance could have been a factor in the first accident, and increase probability of a second.

14
Alexander Dolezal
The metaphor of wall/door directly linked to what happens after death. The wall portion of the metaphor is analogous to a view that there is no afterlife. Life hits a wall and is done, it can move no further. The door portion refers to an afterlife. this analogy symbolizes a transition as one steps through the door, they leave their life on Earth behind, and enter the realm of the afterlife.
Srikanth Sabbella
The wall and door metaphor of death describe two different views of what happens after death. A wall is believed to be no afterlife and nothing else to look forward to whereas a door means that there could be an afterlife or some sort of heaven. The book describes Hinduism as a door because the belief or reincarnation suggests that a door is to open up to the next life.

15
Eddie Brown
There are many social and personal choices we will have to make in the future concerning death. We will have to decide our own version of a good death. We may also be responsible for the making decisions for a loved one that is unable to make decisions for themselves. These decisions will affect the people that we are around and will fit into the social perspective that we have. Technology has come a long way in prolonging life but everyone will have to face death and make choices that fit into their view of a good death.

Kristen Liptow
There are many different social and personal choices we can make regarding death. For instance natural burials may be something of a personal choice that can have an influence on the future generations to come. Something that has been done more often is the celebration of peoples lives rather than the mourning of their deaths. I do think this is a choice to consider. Since everyone is going to experience loss at one point or another, changing the perspective on the journey they had rather than the time they will miss out on. This can accompany time for mourning and grief but learning and teaching ways to move on after loss occurs would be beneficial for most. Even with the advancement of technology immortality in unachievable at least in the bodies we reside in, so my choice is to embrace my current life and celebrate those that are important to me. I am grateful to live and accept the world around me. 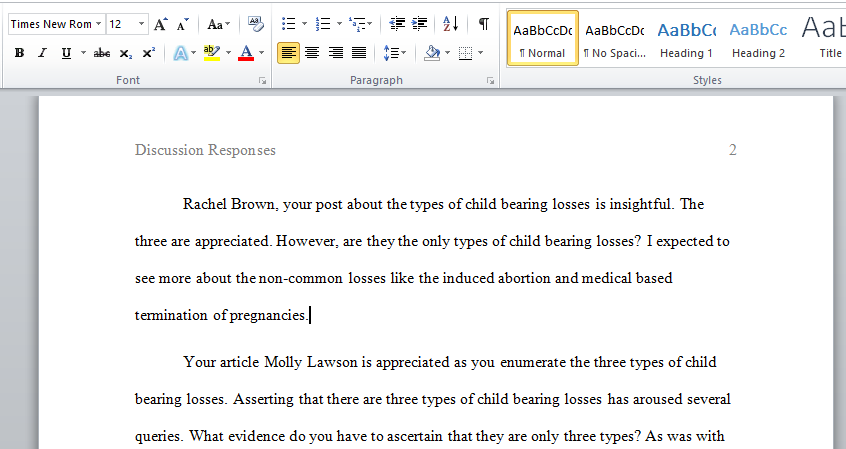