Delmondo (D) is an ambitious young businessperson. D has decided to operate food trucks designed to operate in the cold Minnesota weather. D knows that his name is not well known in Minnesota, so instead of Delmondo, he uses Swanson’s. Unfortunately, for D, Swanson’s is a well-known brand in Minnesota that does home delivery of ice cream and premade frozen dinners. Swanson’s (S) does not operate restaurant-style food trucks like D. D registers Swanson’s Food Trucks with the USPTO. S has never registered a trademark.

D downloaded a cool image from a file-sharing website (FS). D used the image in his advertising. D remembered the image because he had posted it to his blog so he could critique it for an art design class he was taking. Unfortunately, the image was copyrighted, and D had not received permission to use it in either instance. O sues D and FS. In discovery, it is revealed that FS knew generally that copyrighted images were being uploaded without permission and shared. FS included a strict prohibition against violating copyright in their terms of service.

Whenever FS received a valid take-down notice, it honored it. However, FS made no affirmative attempt to police copyright violations; they just reacted if someone complained.

While investigating O’s case, his attorneys found that one of O’s videos, which had been protected by digital rights management technology (DRM), had been uploaded to FS and stripped of its DRM. It is further discovered that it was uploaded by Billie (B), who received the program from Hackers United (HU), a group of hackers who distribute technology to overcome DRM for free.

3.Analyze O’s claims against B and HU.

Be sure to utilize the facts and law to justify your conclusions. You may not make up facts. If you are missing any facts that are important to completing your analysis, please identify those and what impact they would likely have. Identify any assumptions you are making from the facts given. 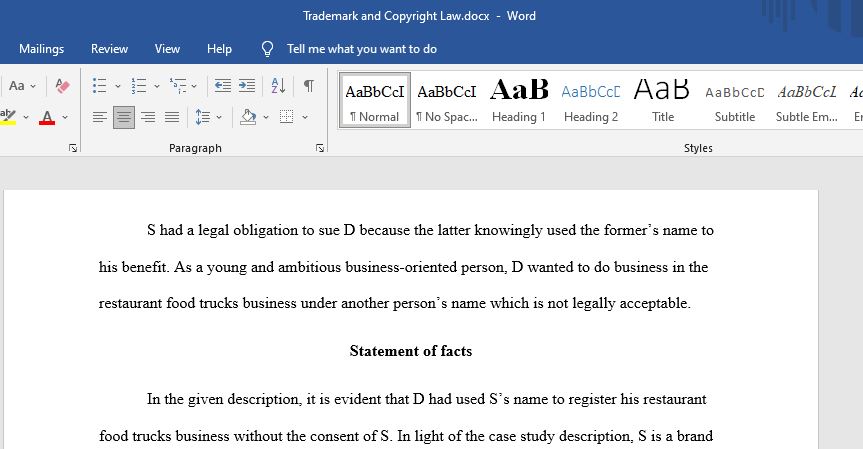