As a Canadian intelligence official write a report about Toronto attack to your prime minister Justin Trudeau.

As a Canadian intelligence official write a report about Toronto attack to your prime minister Justin Trudeau.

You are a Canadian intelligence official who has to write a report to Prime Minister Justin Trudeau on an attack that occurred in April 2018 in Toronto by a man named Alek Minassian. You must inform Trudeau whether Minassian’s action was an act of terrorism, or simple murder.

(As a framework for a definition of terrorism, use Hodgson’s and Todros’s article entitled “The Impossibility of Defining Terrorism.”) *Be sure to consider things like the motivation for his attacks, what he wanted to accomplish, who the victims were, and whether or not he was looking to make any certain group of people afraid.* 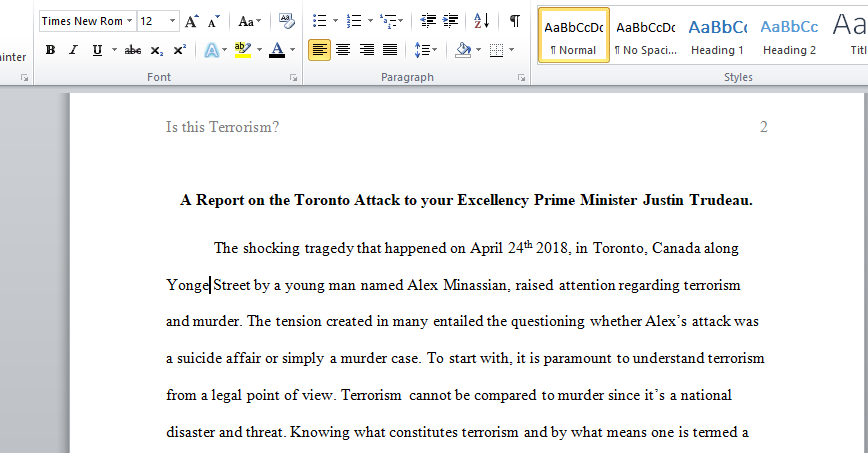