Discuss are sounds and sound combinations in English

Discuss are sounds and sound combinations in English

It is argued that certain sounds and sound combinations in English and other languages seem to have a relationship with certain meanings. For example, the high front vowel /i/ is found in a lot of words for “smallness” in different languages. English speakers have teeny-weeny, Scottish English speakers have weeand many English dialects have a pronunciation like “leetle” for little. Both Portuguese (with -inho, as in copinho “small glass”) and Spanish (with -ito, as in perrito “small dog”) use the /i/ sound in endings that indicate a small version of something (from copo “glass” and perro “dog).There are also consonant clusters in English that seem to have a regular sound–meaning correspondence.

Words beginning with fl- are associated with being quick and/or light (flee, flit, fly), those beginning with gl- suggest brightness (gleam, glitter, glow) and those beginning with sl- evoke a negative feeling (slam, slash, sleazy). Many other examples of this type have been suggested in a variety of languages.
QUESTION: Do these examples point to an inherent referential connection, a mere associative relationship or just a haphazard/random link between the sounds and meanings?Why? 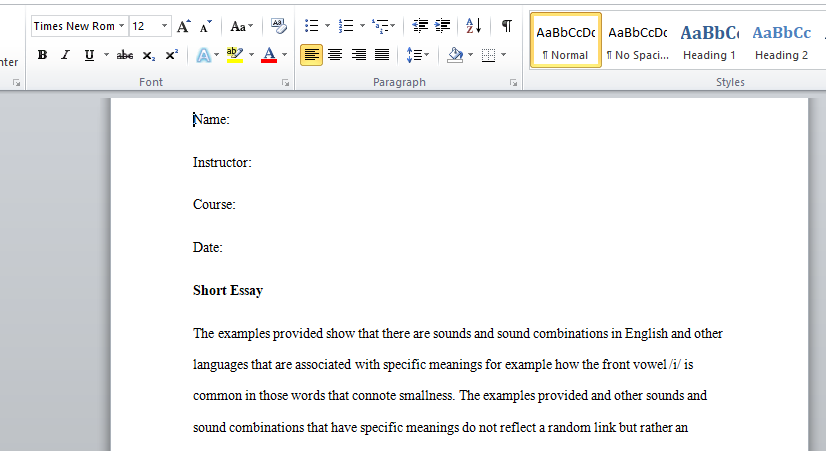