Research on Economics of Labor

Research on Economics of Labor

For more background, read the attached article from The Seattle Times.
Use the theory that you learned to predict the impact of this tax on the equilibrium
1. employment, hours, and salaries of high-skilled and highly educated workers in Seattle (i.e.,
workers who were making more than $150,000 per year before the law took effect);
2. non-salary compensation of high-skilled and highly educated workers;
3. employment and wages/salaries of less-skilled workers in Seattle (workers who make less
than $150,000 per year);
4. number of workers in Seattle making exactly $150,000 and exactly $400,000 in salary in
larger firms;
1 This schedule is from the website of the Washington State Medical Association,
https://wsma.org/Shared_Content/News/Membership_Memo/20200709/seattle_city_council_approves_new_payroll
_tax, accessed March 22, 2021.

5. number of employers in Seattle with payrolls of exactly $7 million, $100 million, and $1
billion; and
6. number of employers in Seattle.
Finally, how do you think the Seattle city council predicted that this new tax would generate
$200 million in additional revenue for the city of Seattle? Do you think their prediction will
prove accurate? Why or why not? 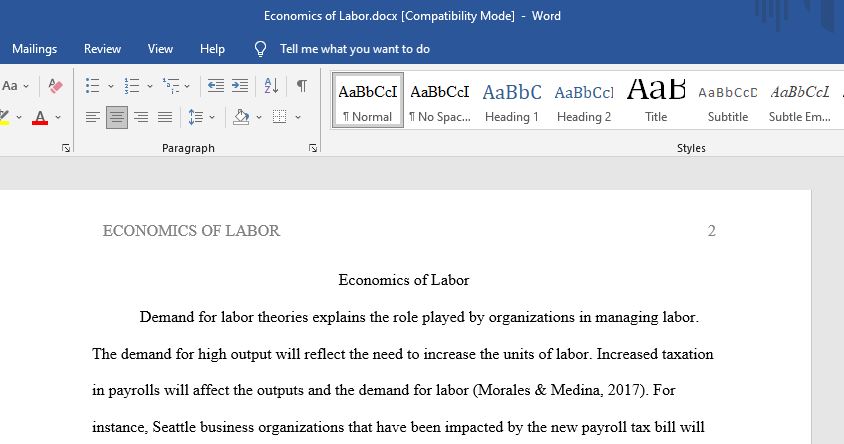