Memes on Imperial China and Rome

Memes on Imperial China and Rome

Let’s do some memes! I know that probably a majority of you all probably look at memes at least on occasion, if not frequently. So, I wanted to do something fun this Module and give you a break from the Primary Sources, and also give you some extra time to keep doing your research for your paper. For this Module’s discussion section I want you all to create your own meme about the Han or Roman Empires, or both. This will give you an opportunity to take a modern medium (which is really a version of a very old medium) and combine it with historical content to make something that is educational and fun!

Now, just because we are doing memes this discussion does not mean that all the rules are going out the window. I want you to keep the same rules as we have always had for discussions. Please refrain from anything inappropriate. If I feel like a meme or a comment is crossing the line I will remove it. As far as requirements for full points: I want you to make a meme as your initial post and comment on a classmates’ meme as your second post. Also, I am going to give you another Extra Credit opportunity here: if you make an extra meme you will have a chance to garner an extra five points. 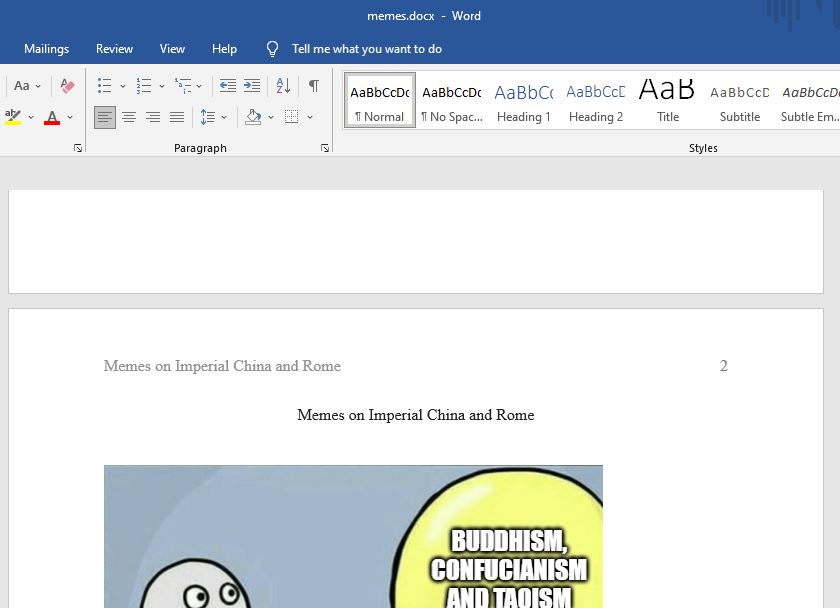