How is your role in government different from an elected official?

How is your role in government different from an elected official?

1. Select a judge to “interview” from one of these Profiles. Alternatively, you could choose to interview a real judge!
2. Imagine yourself as the judge you read about in the profile. From his or her perspective, compose answers to the following questions:
-How is your role in government different from an elected official?
-How is it the same?
-Do you think judges should be elected? Explain why or why not.
-What is judicial review?
-Please explain the role of judicial review in a case you recently decided.
-Please explain how you arrived at your decision, including different factors that affected it.

Select one of the following judges to “interview” for your assessment.

-Justice on a state supreme court
-Appointed by a Republican governor
-Has been a judge for 13 years
-Married with three children
-Recent case–ruled that a city noise ordinance did not violate the right of free expression protected by the state constitution and Bill of Rights. Officers stopped and cited a driver for playing music too loudly from a vehicle. No other traffic violations were noted in the incident.
The Honorable Ramona Salvarez

Federal circuit judge
-Appointed by a Democratic president
-Has been a judge for 19 years
-Divorced with two children
-Recent case–ruled that a music website charging automatic membership fees after a free trial violated consumer rights in multiple states. A group of citizens from one state brought a class-action suit to the court against the music website business, which is based in another state. The business maintains that the policy was agreed to at the time of signing up for the free trial, but the petitioners claim it was unclear and tiny.
The Honorable Chet Wilkins

-Judge in a U.S. Court of Appeals
-Appointed by a Republican president
-Has been a judge for nine years
-Single and no children
-Recent case–ruled that the district court’s ruling should stand in a case that convicted and sentenced a person accused of stealing and using people’s credit cards from and in different states. The convicted thief appealed the sentence of 20 years in federal prison as extreme punishment in violation of the Bill of Rights. 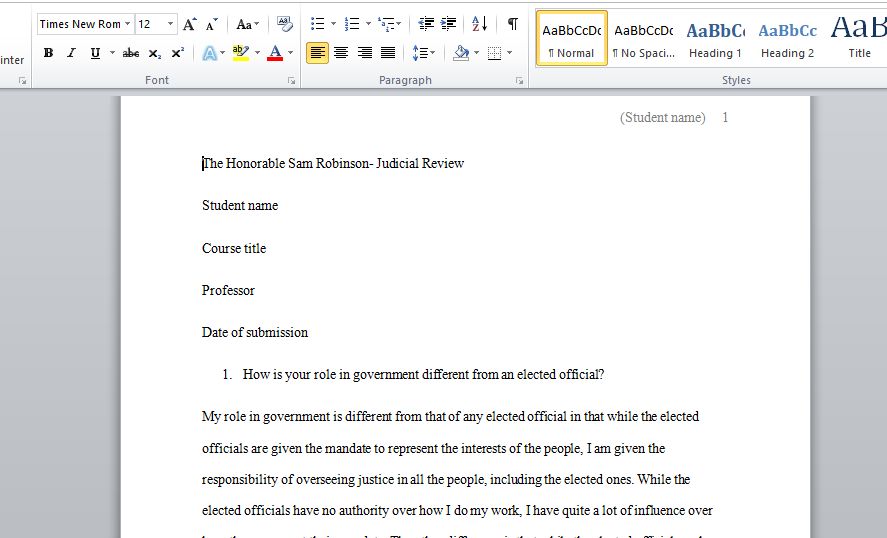