Explain the significance of any two historical achievements in proving the role of microorganisms in human health and disease and maintaining health of the environment. Be sure to describe the current classification of microorganisms.

Louis Pasteur was a French Chemist and scientist. He was known for discovery of what microorganism caused infections and diseases in humans. This was known as the germ theory of disease. He was also known for his discoveries of the principles of vaccination, microbial fermentation and pasteurization. He made breakthroughs that lead to the understanding of the causes and prevention of diseases, To this day we utilize disease control and prevention with vaccinations and public health practices.

Robert Koch was a German country doctor who was aware of anthrax, a deadly disease that would ravage cattle and sheep and could cause disease in humans. He injected mice with the blood from the sheep suffering anthrax. The mice would develop the same disease signs that were seen in the sheep. He would isolate a few bacterial cells from the blood and with this microscope watch for hours as the bacterial cells would multiply. This was known as Koch’s postulates, a specific germ was the reasoning for a specific disease.

Two historical achievements that held significance toward proving the role of microorganisms in human health and disease and for maintaining the health of the environment include the evidence of Joseph Lister and antisepsis, and Winogradsky & Beijerinck with soil.

Specific to human health, the historical event that held significance in proving the role of microorganisms was the instance of Joseph Lister and Antisepsis. After hearing of the Germ Theory of Disease, Lister applied his newfound knowledge of antisepsis (without knowing this was exactly what he was doing at the time) to his surgery practice with patients that were undergoing amputation surgery. Lister found that the majority of his amputee patients had a substantially better healing process following his application of carbolic acid spray, which in turn proved the significance of microorganisms (Pommerville, 2017).

Specific to environmental health, the historical event that held significance in proving the role of microorganisms was the instance of Winogradsky & Beijerinck with soil. These two men discovered that “some bacterial organisms could convert inert atmospheric nitrogen gas into biologically useful ammonia that plants need” (Pommerville, 2017). This discovery was crucial to prove microorganisms positive role in the process of recycling matter within the environment. 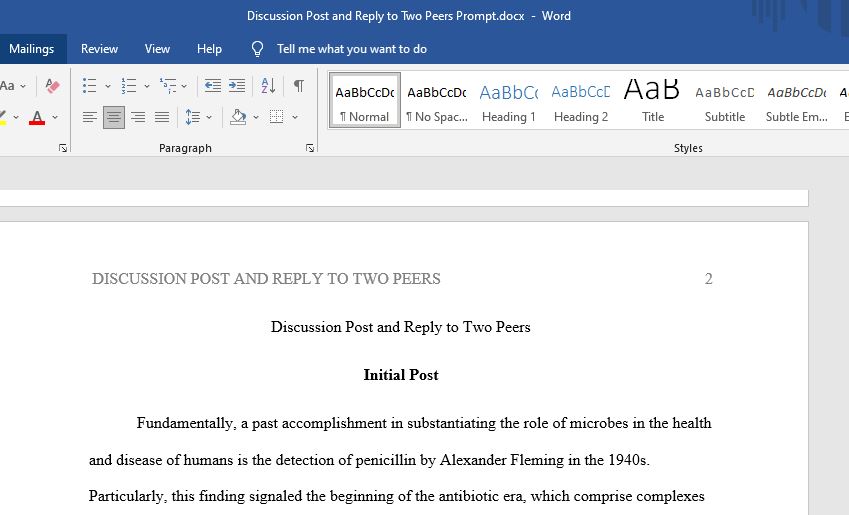