Discuss how bacterial and archaeal DNA is organized.

Discuss how bacterial and archaeal DNA is organized.

Discuss how bacterial and archaeal DNA is organized, as compared to eukaryotes. Explain the application of plasmids and restriction endonucleases in genetic engineering, with examples.

DNA, otherwise known as deoxyribonucleic acid, is the genetic information found within cells that contains the “instructions” for cell development and growth. Most of this genetic information referred to previously can be found in the “Bacteria, Archaea, and Eukarya domains of life… within chromsomes” (Pommerville, 2017). Chromosomes are summarized by Pommerville as “thread-like fibers composed of DNA and protein” (2017). In eukaryotes, the DNA is composed of linear-shaped chromosomes, while bacteria and archaea typically have circular chromosomes. Chromosomes in bacteria and archaea are found within the nucleoid, instead of the nucleus like eukaryotic cells.

Many bacterial and archaeal cells also contain plasmids. Plasmids can be defined by Pommerville as “stable, nonessential DNA molecules found outside of the nucleoid or cell nucleus” (2017). Since the plasmid molecules are considered nonessential, they are able to be removed from a cell without interfering with its overall function. This piece of information is beneficial to know when it comes to genetic engineering. “Genetic engineering (also called recombinant DNA technology), uses microbial genetics, gene isolation, gene manipulation, and gene expression to manipulate genomes” (Pommerville, 2017). Therefore, plasmids – since they are nonessential and can be removed, and/or edited (genetic flexibility) – are a useful tool that can be used in genetic engineering. However, in order to be able to alter plasmid structure, restriction endonucleases also need to be utilized. Restriction endonucleases are enzymes that “act like molecular scissors to recognize and cut specific short stretches of nucleotides in DNA” (Pommerville, 2017).

An example of putting all of the above information together can be seen in editing the bacterial species E. coli. Microbiologists are able to take an E. coli plasmid, open the strand of DNA utilizing a restriction endonuclease (AKA, enzyme), then insert a segment of foreign DNA into the plasmid (Pommerville, 2017). All of this, for what? According to Pommerville, “one of the goals of genetic engineering is to insert a useful, foreign gene into another cell that will then produce the protein product of that gene” (2017).

Bacterial and archaeal DNA are organized differently, as compared to eukaryotes. Archaea and bacteria are often times a cell with a single circular chromosome with DNA. Prokaryotic cells are a type of cell that doesn’t have a nucleus or a membrane bound organelle structure. The DNA is free floating in the cytoplasm along with ribosomes and a general plasma membrane. On the other hand, eukaryotic cells are far more complexed with multiple linear chromosomes and has a clearly defined nucleus as well as multicellular organelles. Another important factor is that eukaryotic cells have a nuclear membrane that surrounds and protects the nucleus; where all the chromosomes are. The plasmids, double-stranded DNA molecule that is distinct from a cell’s chromosomal DNA, are found in both bacteria and eukaryotes. These plasmids can be modified with genetic engineering to improve the bacteria or eukaryotes resistance to disease and also improve growth rate and survival in other not favorable environments. 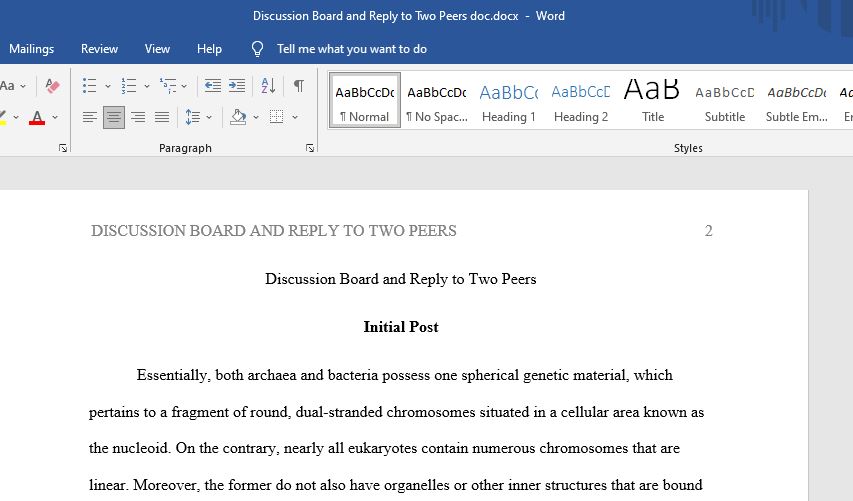