Discussion and Reply to Two Peers

Discussion and Reply to Two Peers

To make the most out of your learning experience and earn a good Discussion grade, you must answer the Discussion question and then respond substantially to at least two classmates’ postings for each unit Discussion. You should write at least 200 words in the original post; then you should post with content and detail on the posts to your peers. Aim for at least four sentences in each post to your peers, building the Discussion with references to the Reading, application in your life, or other information to help share your perspective. With the original reply and two posts to your peers, this means you will post three times to each Discussion Board. You will want to use APA format with in-text and full end reference for citation of sources, which can help to give credit to the research you used and also to distinguish between your ideas and the sources.

Topic 1: Revolution through Music and Film

This page automatically marks posts as read as you scroll.

I decided to talk about rock and roll music and the cultural revolution I believe it caused. Rock and roll music originated in the 1940s in America and comes from African American Blues and Gospel music (US History, 2020). Rock and roll originated shortly after World War 2 which was a time of depression and people basically just trying to survive. When rock and roll music became popular it changed the atmosphere and encouraged people (especially the younger generation) to embrace their freedom (US history, 2020). Rock and roll changed the way people dressed, danced, and acted when it became popular as well. Although, the style of music and dance was not popular in the older generation and was given the nickname “satan’s music” and banned from most schools and radio stations because of the distaste for it (US history, 2020). Classic rock and roll artists include Elvis Presley, Sammy Hagar, The Rolling Stones, Aero Smith, and Nirvana. I can see how rock and roll could be considered a great way for self-expression. The majority of the music tells a story when listening to it related to personal experiences. A lot of it is also upbeat which could definitely change a person’s mood.

When I read the question about music or a film that has caused a change in my life I instantly thought of Eminem’s Recovery album. When I first decided to take the first step into recovery and get clean my sister had me listen to it. He wrote this album when he was battling his own addiction. The song “I’m Not Afraid” stands out to me the most. This song is about conquering recovery and not giving up no matter what. It is about showing the world that you can change the person you are. The first year of my recovery was the hardest. I had to relearn how to live my entire life. I had to change everything and was extremely uncomfortable. That particular song motivated me and gave me a sense of calm through it.

Music and films without a doubt have a revolutionary impact upon the listener or viewer. Music and films alike both have the ability to emotionally impact a person. They both tell stories whether it be a song or a movie, and someone can always relate to it. I believe that is what creates the connection. When a person is emotionally impacted by something and they feel like they can relate it has the potential to help that person through something or even change the way they view things.

This page automatically marks posts as read as you scroll.

The Beatles caused a cultural revolution with their music that embraced the message of love and peace. The band formed in the late 1950s and got their early start performing at bars and clubs in Hamburg, Germany (Beatles, 2018). Few bands can cross all international borders and be not only widely successful but spur musical and cultural revolutions; the Beatles did just that. This was referred to as “Beatlemania” by many. The Beatles provided a voice and supported the social, cultural, and political revolution that aimed everything from war, capitalism, women’s rights, and racial issues (Whitehead, 2004). The Beatles used their platform, especially John Lennon, to become activists and support causes they believed in.

Growing up, I was always a little bit heavyset and struggled with my weight. It was not until one Christmas when I received a compact disc player in middle school that I changed. Music was tremendously impactful in my personal fitness revolution and helped me change my life. One musician, in particular, Pink, spurred my perseverance. Her hip style and way of not following the norm was inspirational to me. Pink’s notable songs back then included “Do not let me get me” and “Get the Party Started.” She motivated me, and it helped with working out and staying on track. By the time I was in high school, I had reached my fitness goals, and no longer got teased by classmates or friends.

I believe music directly impacts the cultural revolution because it stimulates ideas for creativity and change. The stimulus music has on one’s emotions are profound. For example, researchers found music can improve one’s communication, evoke memories, tap into your primal fears, and change your ability to perceive time (Sugaya, N.D). One study found that even Alzheimer’s patients respond positively to their favorite music when it is played.

University of Central Florida 2020. Your Brain on Music. 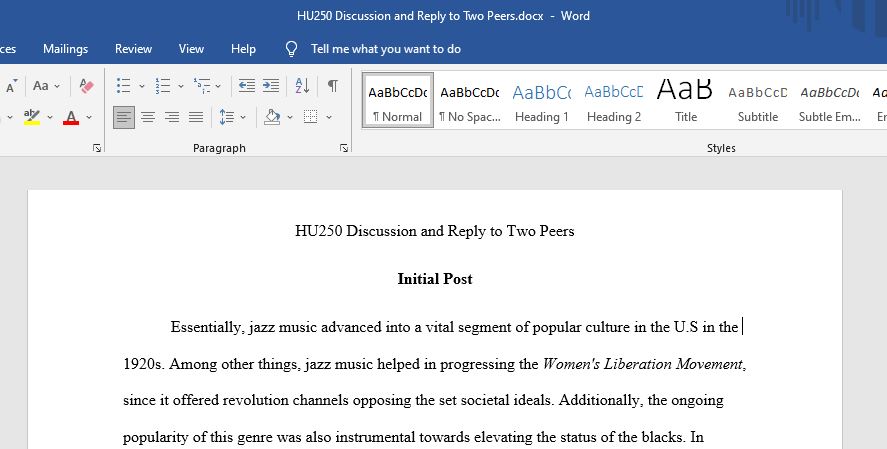