Discuss Gender, Race, and Class in the Media.

Discuss Gender, Race, and Class in the Media.

Coronavirus is killing more men than women – The New York Times
As more data comes out about the coronavirus and who it's affecting the most, it's clear
that the virus is killing men at twice the rate of women. This trend can be seen in NYC,
Italy, and China's data. This article from The New York Times gives a few possible
explanations for why this is happening such as women having more robust immune
systems and smoking rates among men being higher than among women. The fact that
COVID-19 is disproportionately infecting men is astounding to many doctors who say
they've never seen a disease affect one gender more than another.
https://www.nytimes.com/2020/04/07/health/coronavirus-new-york-men.html

Two Black Men Wrongfully Committed of Murder, Released
after 40 Years
https://thehill.com/blogs/blog-briefing-room/news/436493-two-black-men-wrongfully-
convicted-of-murder-freed-after-43
This story caught my attention because of our recent readings and teachings of the Central
Park Five. I tried my best to compare the two stories and think about why one got more
attention than the other. This story is about two middle aged men who were uncle and
nephew, with the uncle facing Death Row in Florida. They were arrested 40 years ago on
account for murder of two young women in their area. Recently, they were both freed due to
an investigation that was initiated by prosecutors regarding certain witness and evidence
mishap. The issue was that certain witnesses who obtained proof and reasoning for albis for
the two young men were not allowed to come forward to testify. These witnesses also
contradicted the majority of the evidence used in the main trial. To add on, their lawyers
clearly did not try hard to defend their client’s case, which is now being evaluated.
As I read this article, I wondered why it didn’t 't get the attention that the Central Park Five did. I
think the circumstance of the Central Park case that the actual rapist came forward was more
surprising to the community and most likely attracted attention, but it was also after the
majority of news coverage had happened. In the documentary, it is mentioned that there was
not nearly as much publicity about their freedom compared to their arrest. The more recent
case of these men was initiated by prosecutors rather than the public. I believe location and
race played a large role in this. In the recent news article, it was two young black women
murdered rather than one white woman. It occured in Florida, not a famous NYC park. I
thought it was interesting to look at how the media perceived the two stories and would be
interested to see what my classmates think. 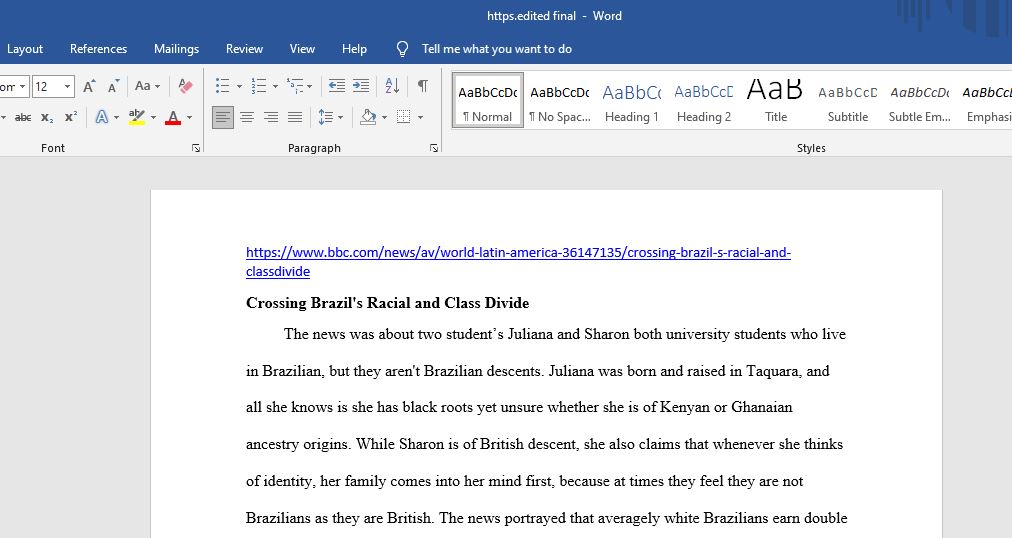