Synopsis
Sam Nolan was chief information officer at Century Medical, a large medical products company. He had joined the company four years ago, and Century had made great progress integrating technology into its systems and processes. Nolan had developed trust with people throughout the company and showed them how technology could not only save money, but also support team-based work, encourage information sharing, and give people more control over their own jobs. A new boss, Tom Carr, arrived at Century and considered Nolan’s project, a Web-based job posting program, a waste of time and money. Carr had no understanding of why and how technology was being used. The vibrant and innovative human resources department Nolan’s team had imagined now seemed like nothing more than a pipe dream.

Questions:
1. Describe the two different mental models represented in this story.
2. What are some of the assumptions that shape the mindset of Sam Nolan? Of Tom Carr?
3. Do you think it is possible for Carr to shift to a new mental model? If you were Sam Nolan, what would you do?

Requirements: Please answer all the questions 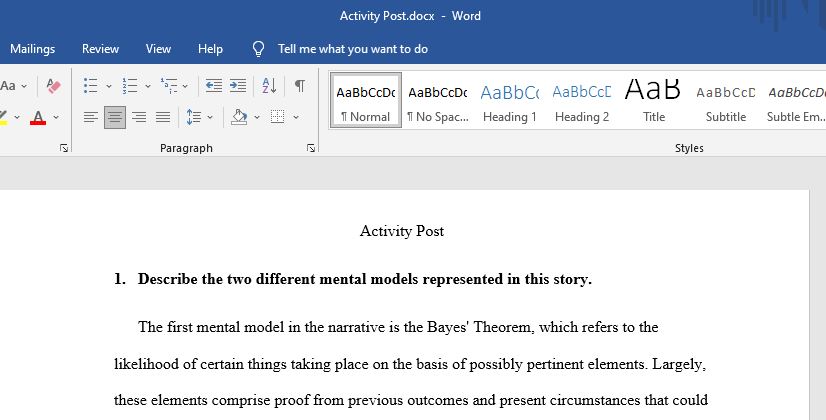