For your Portfolio Project, you will evaluate the fragile state Afghanistan (formerly called failed) state and develop a plan to help it recover and get back on the right track. This will involve a survey of the country’s history, the source of its problems, information about its people, economy, and culture, and its potential to succeed if given a chance.
The Global Policy Forum website provides information on fragile/failed states in general, as well as Afghanistan.
ForeignPolicy.com provides the 2016 list of most fragile/failed states. Your country for this study is Afghanistan.

General Information:
Population of the country (see 1 below for more information.)
Important ethnic or racial groups and divisions Per capita gross domestic product (see 2 below for more information.)
UN Human Development Index rankings (see 2 below for more information.)
Freedom House scores for political rights and civil liberties (see 3 below for more information.)
The economic position of your country compared to other countries (wealthy, poor, or middle income)
History:
Provide an overview of the country’s history, focusing on when and why it began to have problems leading to its fragile/failed status.
Classification and Structure of Government:
Although fragile/failed states lack an effective government, this does not mean that no one is trying to run the country, or parts of the country. Who is trying to govern your chosen country? How are they attempting to do this?
Are there attempts to hold elections? If so, how are these elections conducted, and what is voter turnout? (See 4 below for more information.) When was the most recent election held, and what were the results?
Competition, Stability, and Civil Society:
Do political parties exist? If so, what are they, and what role do they play in the country’s problems and/or efforts to provide structure?
Are there any recent political changes?
Major social movements?
Are their divisions or conflicts based on race, religion, or culture, for example? Has genocide taken place?
Who provides basic services such as utilities, education, and medical care, for example?
What is daily life like for the people?
Economic Environment:
Major industries
Natural resources
Other sources of revenue
Reliance on foreign aid
Other Questions:
What are the most important political, economic, environmental, and human rights issues facing your country?
Is your country in conflict with its neighbors or other countries?
What are its relations with major global powers—the US, Europe, and China, for example? 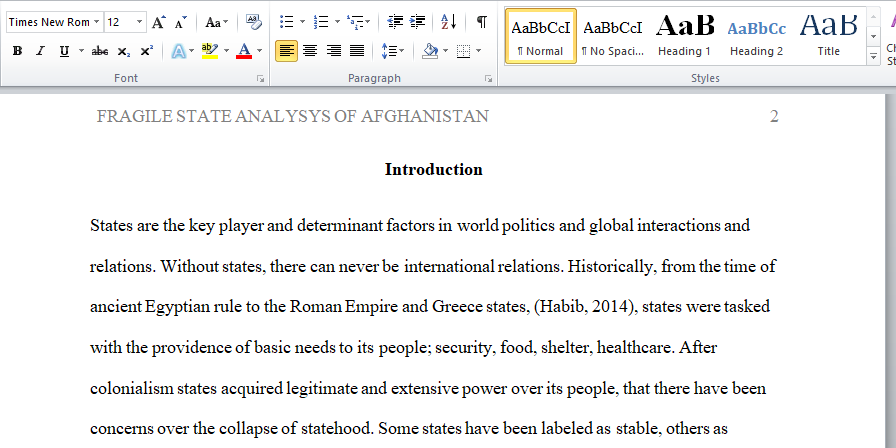